How about we keep in touch! Subscribe to Thirty Plus What and get notified whenever there are new updates or events.

New Year, New Calendar: The 4 resolutions I won’t be making this year.

With the New Year upon us, of course there is a lot of talk about resolutions. Well I decided not to make any resolutions, then I promptly changed my mind. I wanted to take a few days to think about it and see if there was anything that I would really put my foot down and do. With that, I came up with a list of things that I am NOT going to do. Not because I don’t want to make a resolution but because I have made them in the past and continuously failed at them.

No shade to me, but full shade, I really wanted to look up what I meant by saying that “x” was going to be my resolution. This is when www.dictionary.com became effective for this story. So apparently the history of the word started in a sense of things being broken into smaller pieces and evolved into the definition we know now as “the act of resolving or determining upon an action, course of action, method, procedure, etc.” So here’s 4 resolutions I’m not gonna do:

With that being said, there are a few resolutions I WILL be making.

Let’s hold each other accountable for our resolutions. Be specific, be adventurous, include others, or spend some time alone. Do what you need to in order to get to you. I got your back. Unless your doing something crazy, then I may have to talk about you!

For those looking to eat at the restaurants mentioned above, I have them hyperlinked! Enjoy! 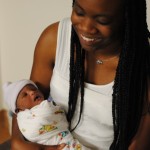